Remember that we offer: Group educational tours for 12 or more students or adults. These are self-designed custom tours typically led by teachers of high school juniors and seniors.... Spring is well and truly upon us, and if you have the travel bug, then what better time to go and where better than Europe. Not only are the air fares cheaper than in peak summer months, but the hotels offer discounted rates with greater availability. If you need any more incentive than this to jet off to the cultural capitals of the world, then what could be more beautiful than France's fields ablaze with daisies, lavenders and poppies, or miles of unspoiled Dutch tulips spanning from horizon to horizon. By May the cold blustery days have given way to warm dappled sunshine and the streets are once again filled with lively locals lingering in side walk cafes or strutting down the boulevards and promenades. There's no better way to sample real European Culture than to mingle with these locals, … END_OF_DOCUMENT_TOKEN_TO_BE_REPLACED

Rock 'n' Roll may not be the first thought to pop in your mind when you think of Europe, but the continent's rich history of famous poets, scholars, and monarchs is also shared with the biggest guitar gods and rock legends of the 20th century. From the members of the British Invasion to some of the most iconic American rockers, we highlighted the European destinations you rock historians won't want to miss! The first one: England Home to the music of The Beatles, The Rolling Stones, Pink Floyd, and much, much more. England's history in the classic rock music scene is undeniable. We've highlighted some of the bigger spots, but the pubs and boutiques are not to miss! The sight of one of the most famous album covers of all time. The Abbey Road crossing in the borough of Camden is still a major tourist attraction and photo-op spot for Beatles fans who brave the traffic hoping to capture their own token of musical history. While there, you can stop by Abbey Road Studios (named after … END_OF_DOCUMENT_TOKEN_TO_BE_REPLACED 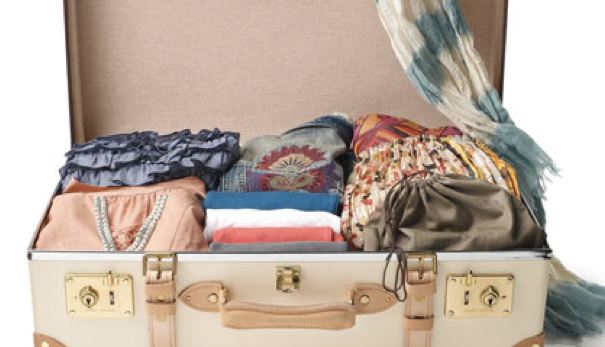 While overseas travel can be one of the most worthwhile educational investments, many families’ budgets are stretched to the limit by the cost of a typical trip to Europe. Knowing that students and parents are working hard to scrimp and save for the opportunity to experience Europe for the first time, it makes sense to design a high-impact itinerary. High-impact itineraries cross multiple borders, sample various facets of several diverse local cultures, and do so on a restricted budget. You can feel free to choose the destinations that are best suited to your group, and we’ll help with strategies to reduce costs and make your dream trip a reality. The following are just a few tips to help you design a tour that maximizes your investment without minimizing your experience. Lead your own tour. If the prospect of guiding dozens of high school students across Europe makes you nervous, rest assured, you’re normal. It’s hard enough to navigate a foreign city by yourself, let alone with … END_OF_DOCUMENT_TOKEN_TO_BE_REPLACED

So you’re planning a trip and have your itinerary all set, but it’s never too late to fit in some adventure! TSA Tours takes you to some of the best beaches in the world for surfing! Surfing is a hobby for some but a way of life for others. With free time provided in your itinerary, take up a day of surfing at local camps where they provide training so you can hit the waves. Places such as Costa Rica, Australia, Mexico and Hawaii are known for their great waves to ride. Surfing can be great for everyone, creating emotions of excitement, fear, relaxation, meditation, being one with nature and pure fun. Some of you may be familiar with surfing, and others may be looking for adventure or to learn something new and exciting… All surf camps provide trained professionals to assist you as you get familiar with the sport. Here are some recommended surf destinations: Playa Hermosa, Costa-Rica Playa Hermosa is the ideal spot for surfing on the pacific coast. It has the most … END_OF_DOCUMENT_TOKEN_TO_BE_REPLACED